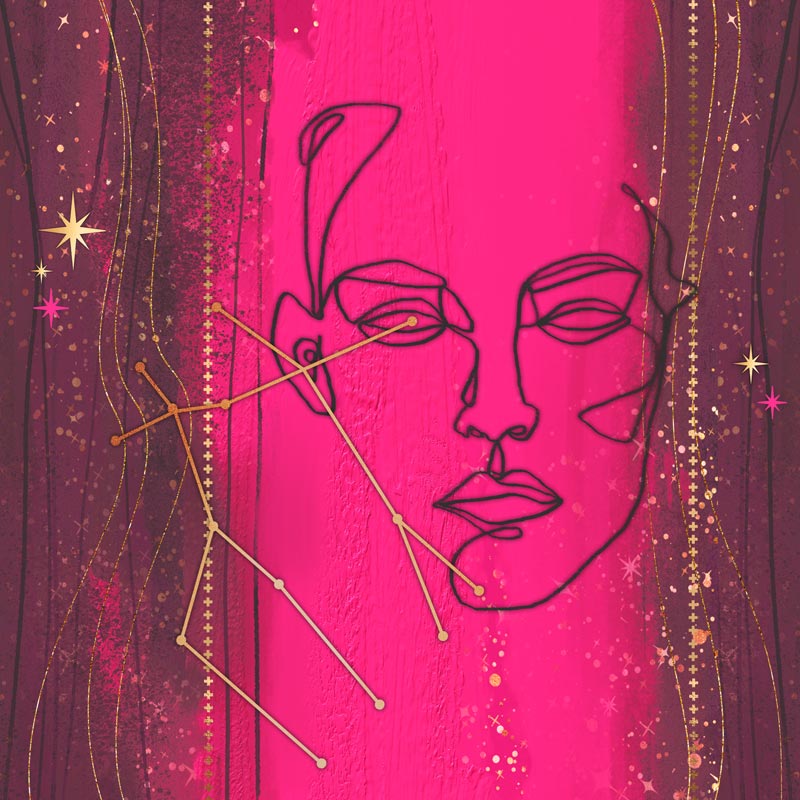 Your Gemini 2022 horoscope brings emphasis to your career with Jupiter in a very ambitious sector for some of it. The Capricorn cluster of doom that had activated the underworld zone has well and truly dispersed.

Jupiter in Aquarius was a bit of a letdown since under that transit in your travel zone saw travel restrictions in place for most of the world. However, Jupiter can do its best for you now! One because it is in the sign it rules and two because it’s in your angular 10th house.

Supreme success could be yours this year, primarily if you work in a Neptune/Pisces type profession like art, music, poetry, alternative healing or mysticism. Pluto has been in Capricorn since 2008 and will enter Aquarius and your 10th house in January 2024. So you are coming to the end of intense shadow work.

It has been an obsession for some time. As I said earlier, Jupiter would’ve inflamed the intensity even more. However, you have one last lesson to learn from lady Lucifer! Well, Venus will feel more Luciferic because she will go retrograde in your spooky 8th house.

Venus will Retrograde your 8th House from December 19 2021 to January 29 2022. Venus will be in Capricorn until March 5th. We have a very Dark Cupid type of Venus Retrograde where she slows down and switches direction while in the grips of lecherous Pluto. Shades of Persephone here, I think.  So this Venus retrograde will be stained by Pluto right from the very start. In your 8th house, this will be as dark cupid as your can get for you I’m afraid!

It is also unusual because Venus will meet Mars twice. The first conjunction will happen in your 8th house. You may get the return of a toxic Ex at this point. It is an excellent opportunity to test your resolve and to allow you the slay some demons.

Venus in this underworld zone of your chart could very well manifest a very testing Plutonic relationship then. Much depends on how Venus configures in your natal chart and how much you are already a beacon for one of these dragons.

You will undoubtedly confront your shadow, but you have a choice as to whether you let it pull you down into the rabbit hole or not. In this netherworld, you can be so easily hoodwinked and will have to rely totally on intuition. Keep those antennae sharp and feet grounded. Good knowledge about psychology will serve you well and allow you to study your psyche.

What appears at this time will mirror back to you any toxins buried deep inside. If you are relatively clear energetically, then this won’t be such an intense encounter.

Whatever happens, any sexual experience will catalyze profound transformation and inner purging. It can feel like a vampire has bitten you and injected you with an addictive poison. Your body will then have to work hard to detox from this encounter and provoke a healing crisis.

During the first half of this period, from December 20 2021, to January 7, Venus is in her more benign phase, making dragon-slaying easier and your willpower strong. Lucifer Venus is at her most sorcerous during the second half from  January 8 to 30, 2022, so keep your wits about you if you don’t want to fall under her spell.

You might get a late ‘Valentine’ from the toxic EX who may use the romantic holiday as an excuse to hoover you back. Resist, resist!!

Wow, this stellium could have you slaying a whole bunch of Ex partners. Not only romantic connections but also more friendships and business partnerships than you’d like to admit. It’s a power-packed stellium and more likely to affect you if you have personal planets around 27º Capricorn (Or cardinal signs.) When Venus and Mars hit Pluto, you will reach the peak of exorcism. After this madness, try and escape from the psychological chaos and go for a cleansing holiday.

The main thing to watch out for with Saturn here is not becoming too set in your beliefs. You may test them and think, ok, that’s it, they work; I’m sticking with this for the rest of my life. So this could be a time where someone becomes a Jehovah witness, joins a cult or becomes a Jihadist.

There is a danger of swinging from one extreme to the other here, but there is also an opportunity to learn balance. This equilibrium might come from encountering religious extremism in people you meet day to day or while travelling. The 9th is the house of foreigners, too, so boundary issues might be pertinent; different cultures have different comfort distances.

Legal matters could also be challenging; divorces might move frustratingly slow, and any financial settlements meagre in their offerings. These disappointing outcomes could result from thinking you know everything and not being open to an alternative scenario. Watch out.

It might be tempting to stick rigidly to a narrative at the Mars conjunct Saturn seed moment. But do try not to! While Saturn is in this expansion zone, it is your opportunity to go off-piste and play around with solutions. If you get stuck into a groove too early, you could become bogged-down and entrenched when Saturn enters Pisces.

It could be fatal if, by then, you realize the philosophy product or technique you have developed has significant flaws. By that point, the whole world’s eyes will witness the mistake. So, do not set anything in stone while Saturn is in Aquarius. Be a butterfly!

Part 2 Of 2022 Gemini Horoscope is for members only