Libra season is the second crucial, pivotal point of the year. Libra season runs from the date of the Autumn equinox September 21 to October 22. Just like at the spring equinox, we again reach equality of day and night hours. However, instead of the daylight hours getting longer, they are now getting shorter, and darkness takes over… (At least in the northern hemisphere.)

So now we become more introspective, and we look back at the year and what we have achieved, what we have lost and possibly reassess our relationships. Of course, Libra is the sign of the “other half”, and it represents balance for the very reason that it contains the Equinox.

Libra season gives us the opportunity to accept both the light and the dark in our lives. It is also the ideal moment to do shadow work. At the same time, we don’t want to get too dour! After all the hard work during Virgo season, it’s time for some good old Libra pampering. We can also let our hair down and socialise!

With the extra time on our hands after the hard slog of the past few weeks, our thoughts might veer towards romance. If we are single, we’ll crave a partner to be that other half for us. Libra season is not a time to be too independent for we will have a stronger than usual need urge to connect to other human beings. Relaxation and indulgence is easier when you have company. Otherwise, it’s too tempting to get back on the Virgo season treadmill out of boredom.

Where is my soulmate?

So how did our ancestors celebrate the Autumn equinox? The Celtic pagan festival at this juncture of the year is called Mabon, named after a Welsh god. Mabon was a child of light and son of the earth goddess Modron. So this is another Christ archetype.

In Christianity, the Autumn equinox represents the death of the Sun King and the crucifixion. The Sun’s power wanes, and tree sap returns to its roots. Because of this loss of moisture, the leaves now transform into fiery reds and golden oranges. Now we prepare for winter, where some of us go into hermit mode. (Up until the Christmas festivities force us out.) But wait, of course, we will not lock ourselves away immediately! Before we cocoon, we must party!

Mabon celebrates the second harvest and is a time of thanksgiving for the earth’s bounty. We can also light a candle for ourselves and our loved ones, thank spirit and feel gratitude for the good in our lives.

Mabon is about reaping what you have sown over the year. It is also a rest time as a reward for all the hard graft. We look back at how the seeds we planted in the spring have flourished (Or not) and revise our plans accordingly. It is a peaceful time of contemplation but also of FUN.

Leisure activities are most important, but more specifically with other people. Having an outdoor feast with family and friends would be perfect. Catch those last rays of Sun while your can. Symbols of Mabon are the Cornucopia which is the horn of plenty. It represents both the male and female since it is both phallic and hollow.

The Apple Of Venus

The Apple is also very symbolic of Libra season, and Mabon as apples ripen at this time. If you cut an apple sideways, it will reveal its hidden pentagram. The planet Venus which rules Libra, also makes the shape of a five-pointed star during its synodic cycle.

Every eight years Venus returns to the same place in the sky as seen here. The pentagram of Venus. There is a lot of magic in the planet Venus! The darker days give us more time for sleeping and meditation making it easier to connect with other dimensions.

In the Christian tradition, we have Michaelmass, celebrated close to the Autumn equinox on 29 September. Michaelmas is known as the feast of the angels. Archangel Michael is the greatest of all angels, famously for defeating the devil. So with Michaelmass we anthropomorphise the equalisation of day and night

Michaelmas marked the end of the farmer’s year and initiated the settling of accounts. Libra balances the books! Folklore suggests that Michaelmass is the last day that we can pick blackberries and again the devil makes an appearance.

It is said that when St Michael expelled Lucifer, the devil, from heaven, he fell from the skies and landed in a prickly blackberry bush. Satan cursed the fruit, scorched them with his fiery breath, stamped, spat and urinated on them so that they would be unfit for eating. So it is considered ill-advised to eat blackberries after 11 October ~ Wiki

Rudolf Steiner says Michaelmas is the second most important festival after Easter, so again you can see the parallels with astrology and the polarity with Aries and Libra. Remember, Aries, corresponds with the first house and the ascendant, while Libra is the seventh house and the descendant.

So Libra season then is about finding our higher Christ self and our spirit guides. Sometimes we will find ourselves through a battle with a partner who mirrors back to us our shadow. Another way we can make conscious what is unconscious is through creativity. Libra rules art, so put pen to paper to see what flows out of that magic wand.

Committing to an artistic project would be a fantastic way to pass the long nights of winter. Libra season asks us to be proactive and creative rather than just passively consuming the latest Netflix series. The devil makes work for idle hands as they say!

One size does not fit all, and Libra season will be better for some signs than others. Check out my “How DOES astrology work?” post to explain why this is. We all have our different ‘Achieve, Receive and Recycle’ periods, so some of the signs will have more going on than others in certain months.

Libra season is the best for romantic achievement, but not if you have become a slob over Virgo season. No worries, now you have the energy to get fit and frisky. Aries are known to have commitment issues. However, 7th house activation means the partner will make the rules. You will have to follow them or no nooky for you. ? The carrot is dangled. If you refuse to compromise, the 7th house becomes the enemy. Your achievement energy will go to waste here fighting.

Recharging 6th house style from September 22 has a Libra flavour for you. So go on a health kick inspired by your partner or use art as therapy. Find ways to mix creativity with fitness. An outdoor drama production in healing nature or a musical with lots of dance routines are good examples. Something fun and not too exhausting.

You should see your Virgo season seed-sowing payoff. It’s time to gorge on your real or metaphorical harvest. The 5th house is child-like and all about fun, so enjoy the spoils of your hard work. It is the most romantic and creative time of the year too. Enjoy the sunsets!

Home wants you to put some TLC into it, or maybe your family is craving your attention. So put energy into your very foundations. Make sure your 4th house loved ones feel secure. If not, you may have to work on giving them a sense of safety. General property security is important too. Keep what you value safe with Libra in the 4th house.

In Libra season you will need the money you saved in Virgo season to recharge. Get off the work treadmill and have a month-long pamper-fest with the sun in your 3rd house.

Sun is in your 2nd house for Libra season. That means the cash should start to flow into your coffers. You can now reward all your employees (the children) and yourself for all the hard work.

Hallelujah, you emerge like a butterfly on September 22. Back to your vibrant self with Libra season and a 1st house lit up by the Autumn sun.

You can achieve in just about any area you want as this is your most personal house. It makes you more proactive and Aries-like too. So it is the best time to do anything that makes you scared!

Scorpio enters primary hermit mode. In Libra season you go full shields up. You will need this rest before your very active birthday month. Libra 12th house style means being VERY indulgent, in secret. Try not to get too debauched. Remember, this is the house of self-undoing.

It is all about social networking with the sun in your 11th house from September 22. This ‘receive’ month is about saying yes to every opportunity to make new connections. Attend conferences with your peers and those you share common interests with.

This is the busiest and most ambitious of the year. You go into Capricorn Ultra-mode from September 22. 10th house career and status matters dominate your thoughts. You are also keen to hob-nob with high-status and glamorous individuals. That Libra sheen should rub off on you, and their charm is infectious. Libra will teach you much about how to ‘Wow’ new clients and influence people.

Libra season signals the end of the 8th house darkness for you. Resurrection is complete, and there is hope and happiness again. Hurrah! Sun in your 9th house means that higher wisdom or foreign lands beckon now. This recharge period in Libra loves to languish. You will have no problem resting, absolutely NONE. Not saying Libra is lazy or anything..

Libra season is ‘Receive’ time for you. But it is also the 8th house of the gloomy underworld. In your case, we are probably talking about your partner’s money. If you are solo, then it can relate to narcissistic relationships with people of the dark triad. No, it’s not some Asian crime syndicate.. Check out my Ceres post. It will reveal all! Pisces are ‘Bleeding-heart’ all over, and you might have met someone who loves to play the victim in Virgo season and so you could get further embroiled in the spider’s web. 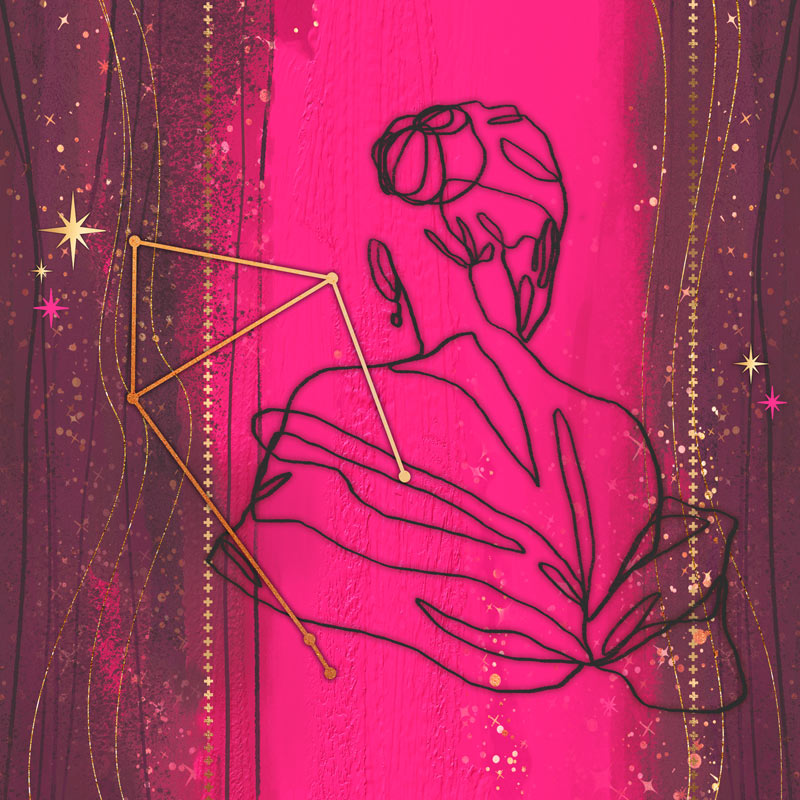