Your Cancer 2022 Horoscope has you coming to the end of an intense transformation in the area of your marriage and relationships. Pluto has been in Capricorn since 2008 and will enter Aquarius and your 8th house in January 2024.

The marriage house is not the easiest placement for Pluto as this is also an angular position. That has meant powerful and life-changing events have surrounded partnerships for the last fourteen years. So Venus retrograde will come in and help you clean up the last of the exorcisms. Yep, it’s been murky and messy! You might find that you come to the end of a relationship over this period or start a brand new, non-Plutonic one. Begone thee dark satanic wretch!

Venus will Retrograde your 7th House from December 19 2021 to January 29 2022. Venus will be in Capricorn until March 5th. We have a very Dark Cupid type of Venus Retrograde where she slows down and switches direction while in the grips of lecherous Pluto. 50 Shades of Persephone here, I think. So this Venus retrograde will be stained by Pluto right from the very start, but it will give you the chance to tie up any loose ends.

It is also unusual because Venus will meet Mars twice. The first conjunction will happen in your 7th house. That could allow you to see what a genuine heart-based relationship feels like. It all depends on how much inner work you have been doing, whether the connections you make at this time are draining or energizing. Ask yourself how you feel with the person, don’t try a reason it out.

An old foe could re-surface, but this is actually to allow you to make peace with them. You may never be best buddies, but at least you can tie up loose ends and bring closure to your connection.

The same goes for any ex-partner with whom you hold some resentment. Reconciling with your Ex would be even better if there are children involved. Peacemaking sets them an example that people can heal past hurts and move on to better things.

During the first half of this period, from December 20 2021, to January 7, Venus is in her harmonious phases, which brings ease to all relationships. You get a reprise from the shadow work. Lucifer Venus is at her most sorcerous during the second half from January 8 to 30, 2022. Lucifer Venus will play the seductress; try not to abuse your vamp power!

You might get many Valentines this year as you are giving off such a smoky, seductive vibe. If you are in a long term union, try not to play away from home, as it could all get ugly when Venus turns direct. When the truth reveals itself, and it will, it could leave you in a horribly sticky situation.

Wow, this stellium could be fantastic for your love life. If you are single and looking for love, this should do it for you. This combo is more likely to affect you if you have personal planets or your descendant around 26º Capricorn (Or cardinal signs.) When Venus and Mars hit Pluto, you will reach peak pulling power. (I was going to say another P-word there! But it might offend non-cat owners)

2022 is a year where you might have to face ‘death’ in some form. Don’t be alarmed! Saturn in the 8th house does not mean you will die. But the death of someone around you could force you to confront feelings about your mortality. What is your legacy, and what will you leave to your children?

Most of the time, this death is of someone you weren’t particularly close to, perhaps a neighbour you just said hello to while passing, or someone you resonated with within the public eye.

This distant death might touch you profoundly, especially at the time of this conjunction. However, it is less about grieving their loss and more about this person being a symbol of the passing of time. There is the recognition that part of your daily landscape is now missing and has moved on.

This Saturn transit can sometimes feel quite dark, but Saturn has to go somewhere, so better here in the cellar than cramping your style in the bedroom! 2022 could put a void in your psyche, causing a crisis. There could be a revelation where a skeleton comes out of the closet or a taboo is broken. You find yourself questioning reality. There can be a mini life review and a detoxing of the soul.

So it is best to think of Saturn in your underworld zone as wintertime. The stark snow forms a blank canvas where anything is possible. It would be best if you faced the long looming shadows of the low winter Sun one way or another. Those who relish studying psychology and the occult will have a ball.

Part 2 Of 2022 Cancer Horoscope is for members only 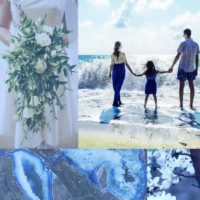