Uranus square Pluto started its series of seven squares back in June 2012. By now we have a good idea of its energy and it is certainly making itself felt. It does feel like a paradigm shift is happening but in the great scheme of things we are only at the beginning.

The cycles of Uranus and Pluto are extremely long if we consider their whole cycle, which means a period of approximately 100 years from conjunction to conjunction. It will work like a generational lunar cycle. The seeding moment for this current cycle then was the Uranus conjunction Pluto of 1965/66.

It is actually much more useful to look back at what was started in 1965/66 as opposed to comparing this current waxing square to the waning Uranus square Pluto of 1932/34. (Though I grant you that they are not totally unrelated). Of course, both squares are points of crisis, but there is a difference between the two.

This waxing square; “Here the courage to meet crises of action and encounters with the tyranny of the old, leads to an active and decisive break with the past. Yet one often does not realize the full magnitude and implication of such moments until their time has passed.” ~ Cyber World Khaldea.

The rise of dictators and the great depression that occurred at the waning square of 1932 –1934 came about as a result of seeds sown in 1850 -1851. As the cycle progresses we see great famines in the east, while the industrial age is booming in the west.

The contrast is quite stunning by the time of the waxing square in 1876 -1878. So we are at this waxing square point again right now. There may be a financial collapse and job losses, but this is NOTHING compared with millions of people who starved to death in India and China in the late 1800’s.

We are talking 40 million deaths here!!! This really puts it in perspective, doesn’t it? I think this current waxing square phase is crucial in preventing a devastating nuclear World War III later on. This war would probably occur (If we follow the same cycle) just after the waning square of 2073 – 2074.

My thoughts are that what was started in the 1960’s will not take us to the same gruesome end of the last cycle. But we have to be careful that we don’t get complacent either. There may not be the need for physical war if the war for our minds is already won. Some of us were physically enslaved in the last cycle, now we have to free ourselves from the chains we put on ourselves.

At the end of the last Uranus/Pluto cycle we get the ultimate in dominator Pluto shadow energy in the shape of the Nazi party. Hitler himself also had Uranus rising, making him an ideal projection. At the end of a cycle you can often see the seeds of the next. In the list, you can see more insidious ways of domination emerging, TV, sugar, fear…(Neutron bomb).

Some of “Brave New World” could be happening now. Everyone in the book takes “Soma”. One could say that smartphones are the new “soma” where you are never alone due to all-pervasive social networking notifications! Soma is a;

“State-produced drug, as a self-medicating comfort mechanism in the face of stress or discomfort, thereby eliminates the need for religion or other personal allegiances outside or beyond the World State…..Spending time alone is considered an outrageous waste of time and money, and wanting to be an individual is horrifying. Conditioning trains people to consume and never to enjoy being alone”  ~ Wiki

I like what Palden Jenkins has to say about the Pluto/Uranus cycle “Uranus and Pluto have their own characteristic styles of creating resistance and conservatism. They can push people up against their fears, exacerbating resistance to change by threatening insecurity or disaster….”

It was on the back of the economic crash in 1929 that Hitler rose to power. He was seen as a saviour. It is generally thought that the Nationalist socialist party were only able to take hold due to their clever use of propaganda over their desperately poor and weakened people.

But the Nazi party struggled to achieve an overall majority. After a succession of elections, the Nazi’s became the 1st party in 1932 and in 1933 Hitler seized control.

Hitler remained in power because Germany became affluent very quickly, due to his economic policy of throwing out the international banking cartel and issuing its own money which in true Uranian fashion was a pretty radical move.

UPDATE! Comparisons currently to the 1930’s square tend to point towards the rise of anti-semitism in Europe, but it’s interesting that the problem is more with Islam rather than Judaism. This square could be more to do with the corrupt banking system and moving towards independent local currency, as interestingly Germany did in 1933.

Both Uranus and Pluto are about change, yes, but Pluto’s transformation can fester underground forever, occulted, until Uranus’s lightning bolt hits it just at the right spot. The process is rather like the thunderstruck tower of the tarot. The rebuilding of that which has been devastated can a while. It is not a quick fix.

Uranus and Pluto are uncomfortable bedfellows as Uranus craves sudden change while Pluto demands achingly slow and thorough transformation. But in this modern, Uranian society we have grown used to ever-faster technologies with lifestyles to match. (The worlds 1st proper motorway, the German Autobahn was opened in 1932.) Pluto reminds us of the longer term evolutionary cycles that involve karma. What one sows is what one reaps, generations after.

“Uranus-Pluto conjunctions and oppositions might bring sudden and radical changes, like a cathartic diarrhoea, yet their full integration takes ages.” ~ Palden Jenkins

US & UK are scheduled to withdraw troops from Afghanistan after 13 years. Ongoing Arab Spring (riots and civil wars in the Arab world that began in 2010). Exposed paedophiles in the entertainment business. Rolf Harris etc. ISIS established.

There are some great connections between women’s rights and non-violent civil disobedience landmarks along both Uranus/Pluto cycles. Richard Tarnas’s epic book “Cosmos & Psyche” does a fantastic job of looking at the historical long-term cycles of the outer planets. He gives a larger orb to their effects than I have here, for example, he sees the 1965/66 Uranus conjunct Pluto as being active from 1960-1972.

For my current research I just wanted to narrow it down, otherwise, this article would’ve been a book… But as someone born in 1966, I definitely feel a resonance with the 1960-72 generation.

I stated in a previous post that one aspect of the Uranus square Pluto may be Sexual (Pluto) Revolution (Uranus). After looking at the history of Uranus/Pluto cycles it is great to see so many clear examples of it. The very first Women’s Rights Convention was held in New York at beginning of the last cycle, gathering force at Uranus conjunct Pluto 1850/51.

Female writers were the leaders of this group and formulated their demands for women’s suffrage. The first feminist books were published at this time too including “Discourse On Women” (1850) and “The Enfranchisement Of Women” (1851).

What was seeded at the conjunction, became militant by the Uranus opposition Pluto 1901/02. 37,000 women signed a petition delivered to the British parliament in 1902 asking for the right to vote. Emmeline Pankhurst founded the “Women’s Social & Political Union” in 1903. The same year, Marie Curie became the first woman to receive the Nobel prize.

Uranus conjunct Pluto 1965-66 brought in the second wave of feminists with the founding of the National Organization For Women (1966). The book “The Feminine Mystique” (1963) was credited as the “Book that started it all”. UPDATE 2016. But this is all so very western biased! We can’t say this Women’s liberation is experienced in 3rd world countries and in the Middle East. Mass migration from Muslim countries to the west, uncomfortably rubs the Bur-qua up against “slut walks”.

There is also a wave of links in the growth of non-violent civil disobedience. At the Uranus conjunct Pluto 1850/51 Henri David Thoreau published his seminal essay “On The Duty Of Civil Disobediance” He was a lifelong abolitionist and a huge influence on both Mohandas Gandhi (Uranus square Pluto 1932/34) and Martin Luther King (Uranus conjunct Pluto 1965/66) who follow. At the Uranus opposition Pluto 1901/02 the political writings of Leo Tolstoy were causing a stir and influencing the reforms in Russian.

“This linage of descent in the evolution of civil disobedience – Thoreau, Tolstoy, Gandhi, King – is of course well known. What is surprising –and what should not happen so consistently – is the precise correlation with the Uranus/Pluto cycle.” [1]

The most recent example for this current 2013/15 Uranus square Pluto will be the non-violent Occupy movement, which started with Occupy Wall St in 2011. The “Occupy” phenomena has spread worldwide and is ongoing.

So what can we expect from this current Uranus square Pluto? With this waxing square we are at the quickening point of what was seeded in the 1960’s. Each point of the cross is important, but I think both waxing and waning squares have a secret quality where the repercussions are not obvious at the time it is happening.

We can certainly see the surface violence and the crisis of the squares, but no so much the enlightenment or the true liberation quite yet. We are in effect freedom fighting while at the same time gestating the “baby” that was conceived in 1965/66.

This is an important time in this embryo’s development and there is a danger that we could abort all that has been achieved so far, if we cave in under the pressures of a negative, fatalist Pluto.

Negative Uranus would be expecting the quick-fix enlightenment mentioned earlier. This is not about us, it is about our children and their children. What kind of “Brave New World” are they going to inherit? We are not All One if it means becoming part of a herd that blindly obeys the globalists. It is our karmic duty, therefore, to ensure we do not breed any more slaves to the machine and teach our children not to be afraid of being unique and wonderful… individuals! 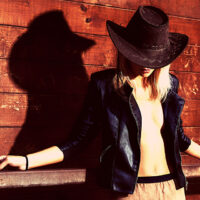