Sagittarius decan 2 is ruled by the Moon and Mars (Aries Triplicity). The Sun undulates through the constellations of the Kneeling Man, the Serpent Bearer, the Bird Of Paradise, the Octan and the Southern Triangle from December 1 to 11. (Degrees 10º to 20º)

This decan seems to be about hidden knowledge and the importance of using it with integrity. It is vital for these subjects to keep in contact with nature and to respect natural law, because it seems if they do not they will suffer grave consequences. Nature seems to take a very dim few of these folk abusing the great power that they so obviously have.

Sagittarius decan 2 have come to this planet with a mission to remind us of the gnosis we have buried in our subconscious. They serve to tempt us with the forbidden fruit of the tree of knowledge. This could result in wonderful revelations or it could equally send us mad. It’s easy to see why this decan is one of the most feared of the zodiac.

It has shades of Eris written all over it. One bite from her golden apple and you could start a Trojan war. Too many greedy bites and you could have a Kundalini awakening that you couldn’t handle because you were inadequately grounded.

Those who have become entertainers in this decan have that extra magical allure that, added to their talent, makes them super-famous. Check out the list of ascendants! Some of them had so much power over the public that the dark side took them away from us before their time. Princess Diana was a good example of this. Souls that pick this decan to work with pick a very difficult, but ultimately the most rewarding path.

Sagittarius decan 2 probably agreed to work for the greater good, as guardians of humanity and enlighteners. But they also knew that there would be danger of being condemned, vilified and even killed for their attempts to bring occult knowledge into the public domain.

There are also astrologers in the list of natives who probably work with remembered knowledge from other lifetimes, again this knowledge make have been kept under wraps until the world was ready to receive and understand it.

Tropical Sagittarius is known for its love of higher education and pioneering spirit. None of the stars of the archer lies here at all now. But interestingly this zone embraces the dates for what would be Ophiuchus if we were to have thirteen signs. Of course, we could never have thirteen starsigns! Not while we have twelve months of the year and hermetic law. The tropical zodiac is not in the sky in any case. It’s in the body and the seasons. This decan is ruled by the moon and is a reminder that if we used the lunar calendar we would have 13 months, not 12.

Ophiuchus describes the fall from a Pagan/Lunar and somewhat anarchistic existence to being governed by a (Sun)King. At some point in time trauma happened so that humanity craved for order and a need to predict the cycle of the planets. Hence the twelve months of the Julian calendar became the basis for a tropical astrology.

The fact that Ophiuchus is viewed as being “left out” of the zodiac by some, fuels all sorts of arguments about which zodiac to use, sidereal or tropical and the question of precession. Unfortunately, it also gives more ammunition for the sceptics to declare astrology is a load of baloney.

Sagittarius decan 2, like Ophiuchus, is the thorn in the side of our very civilised twelve-based ordered universe. It is for this reason that Sagittarius decan 2 has been so misunderstood and much maligned. The amount of discord generated by the Ophiuchus effect only muffles and mystifies the true wisdom and value of astrology (as astro-theology.)

This decan’s forbidden fruit is the knowledge of the stars and natural law. The Judas usurpers like to frightened folk away from Christianity’s esoteric origins, but they have quite a tough job with Sagittarius decan 2.

The tarot card associated with this decan is the nine of Wands.“you are committed to a cause and prepared to do anything for it. You are going to take this all the way and nothing or no one is going stop you.  You are determined to be the last man standing, the lone soldier, and know that you have the stamina it requires to resist and overcome all opposition.  Stoic and enduring, your strength and beliefs are admirable indeed.” ~ teachmetarot.

This card describes the feeling of being willing to stand alone and be exiled if the cause is a righteous one. It shows the positive side of Sagittarius decan 2 in that it would rather be ethical and honest, than popular… We start with Beta Triangulum Australis 11º. “There are two triangles in the sky and each suggests a trinity. Triangulum Australe, the Southern Triangle, was given the title ‘the Three Patriarchs’.” This combined with the influences that follow suggest this decan could represent the sacred masculine in his wizard phase, but as you will see he needs to be careful that he does not use this power for sorcery.

STARS Continued in eBook or Stellar & Solar Deluxe members only

Ras Algethi 16º “ Seeking the natural order of life; looking for a balance in diet and life habits. A person sensitive to the environment, a lover of the natural world. The need to restore balance to a situation, laws or the economy.” [2]
Sabik 18º “Sincere, honorable, scientific, religious and philosophical interests, unorthodox or heretical, moral courage.” [7]

If they consume too much plastic and EMFs they very easily fall into a deep depression. Losing their spiritual connection to nature is absolutely fatal for them. This is not an easy position for the Sun in a world that is constantly conspiring against these natural druids and the wisdom they hold. So what you might get here is a very genuine un-materialistic soul, or conversely, a hyperplastic person who doesn’t appear to even have a soul!

These folk can be moral crusaders and have great courage of their convictions. But in order for them to achieve anything at all they need to have a clear target. The most successful Sun Sagittarius 2’s will have a mission in life or will usually have a great passion for one topic.

These are not multi-taskers and are quite blinkered in their vision. Austin Coppock calls this decan ‘The Bridle’ which is very descriptive of the energy of this decan. The horse of this centaur really needs steering down a specific avenue, because it is quite hopeless if left just to wander about aimlessly.

I believe that is why the list of famous native is actually quite small compared to other sections. These folk can so easily fall down rabbit holes or lose their way. Usually, Sun Sagittarius 2’s failure is due to letting others confuse them so much, that they lose connection to their own, superior and very wise guidance system. 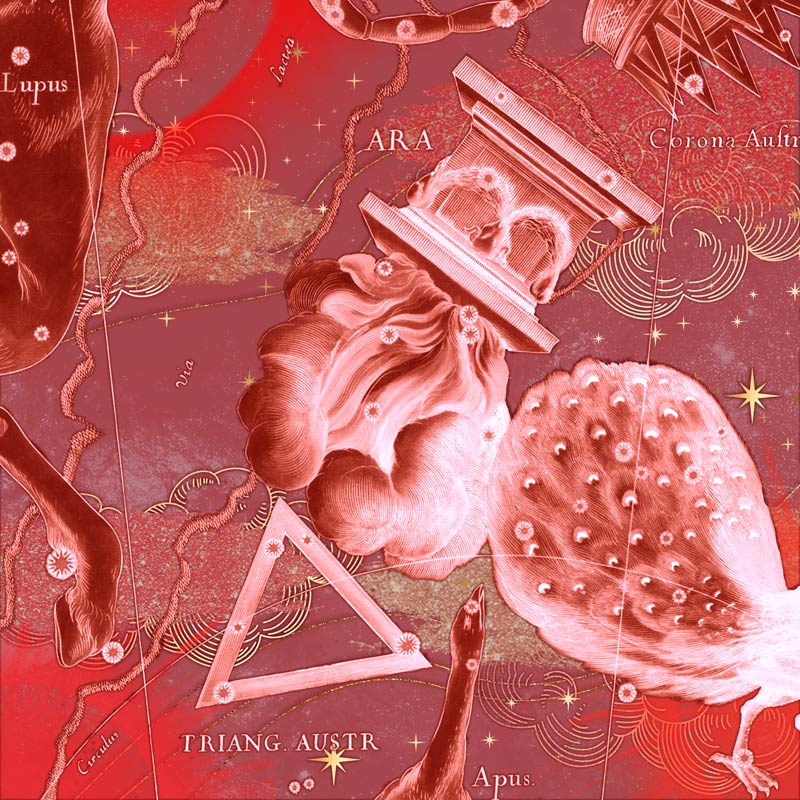 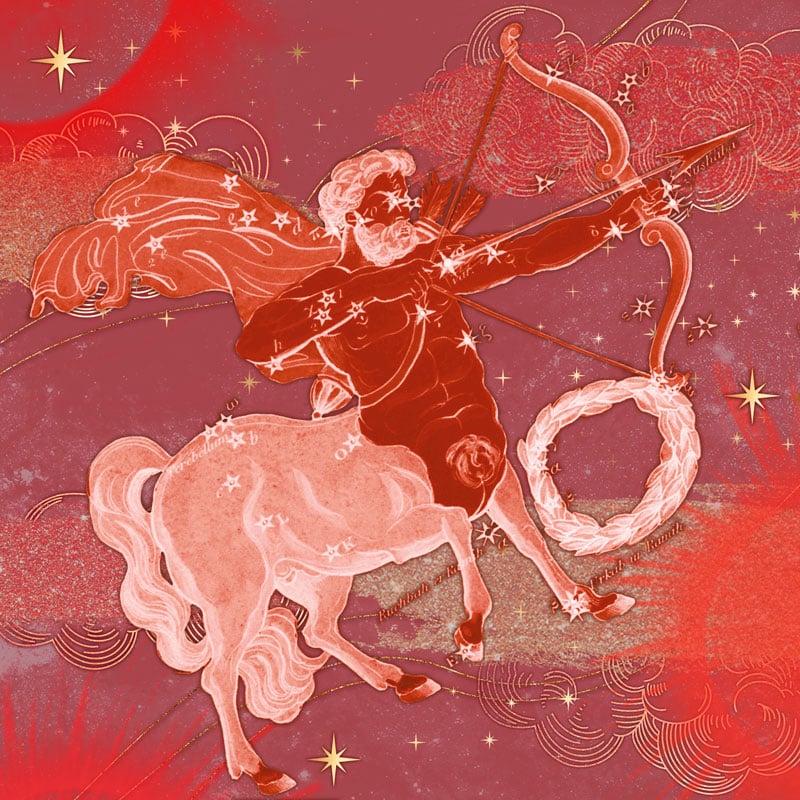