What could asteroid Hekate signify astrologically? Our first thoughts would tend to associate it with witchcraft. Looking deeper into Hekate’s mythology, we find much more than just the stereotypical warty witch! As we will see, this metamorphosis occurred over thousands of years.

Hekate may even have originated in Egyptian times from the midwife goddess Heket. Heka means “magical speech” in Egyptian. Otherwise, modern-day Hekate rules crossroads, torchlight, portals, passages, the night, the use of herbs and poisonous plants, necromancy and divination.

First some astronomical information; Asteroid Hekate 100 is a large main belt asteroid, it is located in the same area of space as the Hygiea family, a group of dark, carbonaceous asteroids which also includes Artemis. Hekate rather appropriately is actually too light to be of this family and is classed as an interloper.

J C Watson discovered Hekate on July 11 1868. She takes 5.4 years to orbit the sun. Hekate was the 100th asteroid to be discovered and named thus because Hekaton in Greek means hundred.

Hekate’s magic became more tarnished over time. Originally she was the daughter of Nyx and a primordial goddess. Later she becomes the daughter of Aster and lit the way out of the dark with her sparkling crown of stars.

We see no trace of the shadowy, bent, old torch-bearer creeping around dark footpaths with her demonic yelping dogs

“Hecate whom Zeus honored above all….For to this day, whenever any one of men on earth offers rich sacrifices and prays for favor according to custom, he calls upon Hecate…she bestows wealth upon him; for the power surely is with her.” [1]

Later Hekate’s three heads morphed into that of a dog, lion and a snake. Now we see her light beginning to wane and the beastly side taking over. Much like Medusa. The evolution of Hekate from triple goddess to witch over time is interesting.

Hekate grew ever more fearsome with the realisation that if a woman can give life, then she can also take it away. The triple goddess clearly shows the process of flowering (Virgin), impregnation (Mother) and dissemination (Crone). The first two stages have now been forgotten.

Hekate served as a guide to Ceres. Helping to find her lost child Persephone. With Persephone as the Virgin, Ceres as the Mother and Hekate as the crone, she was fragmented and placed forever in the underworld. But there she cannot do her magic!

The purpose of Hekate is to stand at the crossroads, at life’s thresholds. From there she is all-seeing and all-knowing, she can see all paths and possible outcomes, she is triple goddess, past, present and future. This is why she is the oracle, she shifts between dimensions and receives messages from all three.

Hekate is gifted in the use of herbs and potions. Poisons can also be mind-altering and enlightening, they can open portals to other dimensions and the occult knowledge stored there.

This incorporates the virgin/huntress symbolism of the 1st face of the moon. So much like Hekate’s neighbour Artemis (another lunar goddess accompanied by dogs) Hekate is sometimes shown with the three-headed dog Cerberus who guarded the gates of hell.

The other interesting side of Hekate is her association with dogs!

Hekate’s dogs are black and we sometimes call depression the ‘Black dog’. Hekate’s other symbol is the cross, representing the crossroads and the trinity of the triple goddess. When we are at a crossroads we need guidance, so the supernatural and divining side of Hekate becomes important.

We consult an oracle when we have no idea which road to take. Sometimes we may fall into the depression of the Black Dog because we do not want to make a decision; we are stuck in limbo, between realms, unable to move forward.

Hekate’s discovery chart is dominated by a square. We cannot know for sure the discovery time, but it is likely that the Moon was close to the Jupiter/Uranus square.  Jupiter and Uranus in aspect is a “Quickening” .

This confirms the feeling of being at the threshold of a new experience. Moon conjunct Jupiter is a gambler and on daring Alpheratz. “Philosophical or religious mind, benefits from professional men, ecclesiastical honor and dignity, favorable for gain.”  The Sun conjunct Mercury is within orb of Pollux. “magical words” from her Egyptian meaning. Marketing and advertising.

Dog stars all over the place. Sun on Adara and Mercury on Procyon in Canis Major and Minor respectively “Occult interest, minor position of management under Government.”  Reflects her status as oracle to those in power again. Moon square Uranus, a visionary who finds it hard to put down roots. Mystic Osho had this aspect.

Uranus is on super shiny Sirius in Cancer decan 2, the brightest star of them all. Hekate’s torch! This star brings fame, honor and riches from prophecy. The ability to shine a light out of the darkness and illuminate the way for others.

Venus is also in Canis Major, on Aludra in the tail.“ is said to give good qualities, charity and a faithful heart, but violent and dangerous passions.” Tail stars give one a tendency to lash out and are unpredictable. There is that feeling of uncertainty and worry as one stands at the threshold of a new experience. Mars on the royal star Aldebaran gives success in business, but also the danger of a fall.

Hekate may inspire one to take risks then. Lastly the position of Hekate is conjunct Black Moon Lilith, obviously!. The Sabian symbol for Hekate’s discovery position is “A Train Entering A Tunnel”.  The dark tube is reminiscent of the birth canal, that weird feeling of being sped through darkness and then suddenly into the bright light of day again.

When we consult an oracle, it is like taking a shortcut, we cut to the chase and try to take some decisive action to push forward towards to destiny. Consulting Hekate may stop us procrastinating, but she may push us down a black scary tunnel also.

Hekate In Your Chart

The most obvious manifestation of Hekate prominent in a birthchart will be found in those who make a living with divination; Traditional fortune-tellers, tarot readers, psychics and even gamblers. I don’t feel Hekate is a herbalist in the alternative health sense.

However it is likely a Hekate person that might prescribe you an entheogen to transport you into other dimensions! Hekate is quite shamanic, but in a low vibration however she could be a common drug pusher.

Otherwise, if other factors in the chart indicate, Hekate could signify someone who likes to experiment with drugs to access other dimensions, like a psychonaut. Hekate would not indicate addiction problems unless harshly aspected.

Hekate could be counselor, psychologist or agony aunt. With Jupiter or Venus in the 2nd or 8th, she could be a financial advisor, someone good with speculating. People who run focus groups, can spot trends, or are in marketing could also have a prominent Hekate. In relationships Hekate is a loner, she may prefer not to marry or have children, but instead have many dogs!

As with all asteroids, I would only really consider Hekate important if she was conjunct the chart ruler, the ascendant, Sun, Moon or the angles. So men with Hekate on the descendant? Watch out for those witches!

Find Hekate In Your Chart 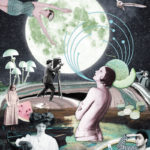 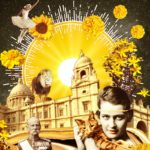