Virgo decan 3 is ruled by Mercury and Venus (Taurus triplicity). The Sun sails through the Lion, the Air Pump, the Great Ship, the Cup and the Great Bear from September 11 to 21. Here we find the famous sharp minds, researchers, perfectionists and organisers.

There are some harsh and unfortunate stars here associated with natural disasters and death alongside the holy grail and the ship’s billowing sails. It is fitting that this decan of Virgo contains such sharp contrasts since it is ruled by Mercury the mediator between the earth and the underworld. It’s very black and white here.

The unfortunate influence probably comes as a result of our Virgo’s not paying attention to natural law and working themselves into the ground. If one does not take control of regulating oneself, then something from the outside will do it in a more dramatic way, similar to the effects of a Uranus transit. Mercury ruled Virgo decan 3 live on their nerves.

They burn a lot of calories just worrying! Their mind is so white hot you can sometimes see quicksilver flashing behind their eyeballs. The problem with having such a strong mind is that their belief program then controls everything. A skeptical Virgo will be very hard to rewire and some find it really hard to trust their intuition, even though they actually have a very fine prophetic ability.

The big challenge for Virgo decan 3 is getting both sides of the brain working in balance. They should be naturals at this but somehow, in our left-brain dominated world, they have allowed that sharp logical side of their head to take over and not even for their own benefit.

Virgos are prime workers since they are dutiful, self-sacrificial, have fantastic brains. Just what the power elite prey on. You can bet that successful IT companies are stuffed full of Virgo decan 3 drones working their magic, while their Pluto bosses take all the credit and lap up the profit.

These sensitive folk anticipate peoples needs so well like Persephone could not ignore the pleas for help from the dying souls. Virgo decan 3 love to be needed and be of practical use. Therefore it’s very hard for them to turn down an unscrupulous employer who tells them they can make a difference, they are so cherished and appreciated, but erm…we can’t pay that much.

Eventually, though, Virgo’s dark side boils to the surface when they realise that everyone has been sucking their energy dry. Sometimes this won’t happen until they get a serious illness, which becomes their wake up call to get out of the rat race.

Virgo decan 3 are the zodiac’s natural healers. Mercury is the god of medicine after all and of course, Mercury is the natural ruler of Virgo as a whole anyway. The stars in the Crater here are gifts passed down through generations of healers, the healing can be in the form of art, film, song, music, poetry as well as medicine, traditional or alternative. It is vitally important that Virgo decan 3 keeps themselves as clean as possible, as they are also the great purifiers. This means not over-indulging in the toxins of junk food, drugs and alcohol.

Like their opposite in Pisces, drug taking can weaken Virgo 3’s protective aura. This may not be such a problem with more ‘selfish’ signs with strong boundaries. But Virgo decan 3 especially needs to maintain strong psychic armour, otherwise, they find it difficult to place a limit on demands. The weaker their protection the more likely they are to get rail-roaded into rescuing. Sometimes they can really get pulled into the underworld and fall into the trap of becoming the addict or criminal that they were trying to save.

Virgo decan 3 can be the victim or saviour. The cup in Crater is a holy grail and gives them saviour potential, the less fortunate stars in the Lion can play the victim. The stars in the ship’s sails show the journey between the two polarities, as does the fact that this decan is ruled by Mercury.

Water therapy is very strong here, drinking it, bathing in it, cleansing in all its forms. The water pump can be vapour and evacuation. It is the water, the sea, the journey that allows Virgo decan 3 to heal and purge the toxins and toxic relationships from their lives.

Travel is important for this decan too since Mercury represents transport but is working with the influence of the constellation of the ship. These folk learn best from physical journeys rather than just reading about it. They have to make the pilgrimages, spend three days in the desert, feel the blood, sweat and tears of their purging because this will get them out of their heads and into their bodies.

Which brings us to SEX, yes Virgo’s are sexy, sometimes obsessively so. Like a Virgin? Paaaahhh! This can actually be sex addiction territory. Virgo decan 3 make the best sacred prostitutes, tantric practitioners and sex therapists. They can be very promiscuous too, just for the hell of it. Or they can be totally celibate more in keeping with the traditionally prissy Virgo stereotype.

The tarot card associated with this decan is the ten of pentacles. This decan of Virgo is probably the most commercially successful and this is reflected in the meaning of this card. It shows abundance, thriving, high achievement and solid foundations.

Karmically this card can suggest marrying into money due to having had helped that family in a past life. “Here we are looking at success, prosperity and abundance on many levels.  This Card suggests you have done or will do very well for yourself, not by chance, but by working very hard to achieve it.  Wealth and strong financial security are indicated, and more than likely here to stay, as you have well prepared for this time and have done the essential groundwork.” ~ Teachmetarot

Denebola 21º is a blue star in the tail of the Lion and unlike Regulus was supposed to bring disgrace and ill fortune. Robson says “It gives swift judgment, despair, regrets, public disgrace, misfortune from the elements of nature, and happiness turned to anger and makes its natives noble, daring, self-controlled, generous and busy with other people’s affairs.” That’s one strange mix. Judging by the very prominent people with Virgo decan 3 rising, it looks like some of the fiery Lion stars here give them the drive to succeed and a need to shine.

Denebola 21º ~ “ Honor and preferment with danger, public disgrace and finally ruin, disease, fevers and acute ailments.” [4a]
Alkes 23º ~ ” A person who is a vessel, one who cares something for others. To hold something for others, be it story-telling, art, music, insights or visions. A national treasure is revealed.” [5]

Some formidable leaders grace the list below in a sign that is not generally seen as being pushy or bossy in any way. But we forget the sidereal overlap of the constellation of Leo with its angry swat of a lion’s tail. Yes, this Virgo can dish out punishment and authoritarianism as well as any Aries, Capricorn or Leo. Austin Coppock also finds more untypical Virgo behaviour with the Sun here.

“Though often possessed of reserved dispositions, many are subject to wild episodes, for they know that their lives are finite. At times they are liberated by this sense of finity, while at others they rage against it.” [6] Again this mirrors the action of Denebola the lion’s tail. The stars in the great ship make these folk explorers too and they have a wanderlust that makes them loathed to plant very deep roots despite being an earth sign.

The Isis-like devotion to their mates is evident too in some of the subjects below, even when that mate has Plutonic addiction issues. The self-cleansing action of the air-pump and watery Alkes will help to rejuvenate those with their Sun here. We are approaching the equinox where the sun falls into the underworld at 0º Libra, so the ability to resurrect is part of the personality of Sun Virgo 1 also. 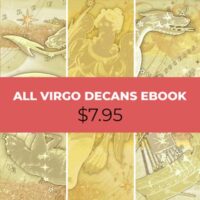 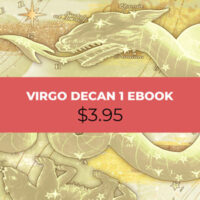 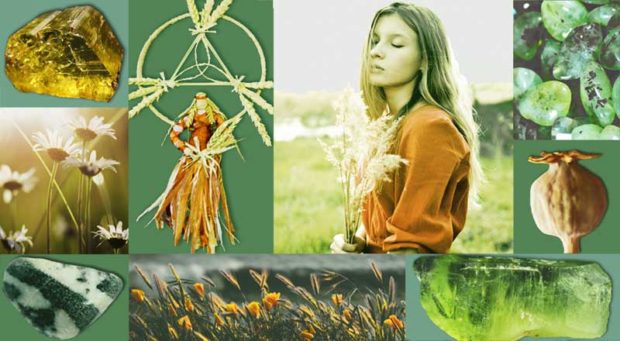