Moon sextile Lilith or Moon trine Lilith brings an abundance of charm, persuasion and sorcery. This is witchcraft of the highest calibre, but with it, comes the ability to mesmerise and manipulate in the most underhand and unscrupulous fashion if need be. Moon trine Lilith can manifest as a unique talent that stands out from the mediocre.

Moon/Lilith soft aspects have a lively sparkle that makes them irresistible and they are masters of seduction. Unfortunately the ability to hoodwink their prey can be used for nefarious ends. Trine aspects help maintain the status quo, so it is easy for the Moon trine Lilith subject to fall into a circuit of compulsive behavior if this aspect should form part of a grand trine.

Moon sextile Lilith or Moon trine Lilith can be particularly susceptible to being led astray by their libido, sometimes falling for the most unlikely and unsuitable partners they can drag out of the gutter. If they are not the villains themselves then they most certainly find themselves being attracted to one.

That someone will then play out their suppressed shadow for them. In the main however, unless the soul is housed inside a very disturbed individual this aspect should just manifest as a a soul with a twinkle in their eye and in possession of a wicked imagination.

Moon sextile Lilith has a more Peter pan, youthful feel. This cheeky aspect will enable the subjects to charm their way out of a very deep rabbit hole if need be. At first sight this is the lovable-rogue with less of the spikiness you sometimes find with Lilith aspects.

The sextile is a Venusian flowering aspect so it should soothe out Lilith’s rough edges and brings out the magic. Except it mostly doesn’t! Take a look at the amount of dodgy politicians who have this natal aspect their charts. Moon sextile Lilith in particular has sharp thorns in the wrong hands.

Moon sextile Lilith is fascinated by the occult and other worlds, and will throw herself into this fantasy realm often to avoid the pain of a gritty, grimy or abusive domestic reality. Life becomes surreal in order to escape (for example) a disturbing relationship with the mother or having been the black sheep of the family. Childhood could’ve been stolen from them in some way, so as an adult they appear trapped in a perpetual childhood.

Moon sextile Lilith therefore stumbles dramatically through the prickly forest, a gothic Tinkerbelle wearing a ripped up floaty dress and shredded ballet pumps. Generally Moon/Lilith in soft aspect is a bit of an EMO aspect. The moon is sensitive and wants to be loved and accepted; with the sextile to Lilith she also wants fairy tales and magic, but not to be dark right through to the core.

Black Moon Lilith can cause some damage if afflicted by Mars, Saturn or Pluto. The danger then would be that Moon Lilith soft aspects would create the purple beguiling icing on a deadly poisonous cake. Otherwise this is a fantastically, dark fairy-core aspect, best channeled into the arts or media.

A good creative example of Moon trine Lilith is Pablo Picasso, according to legend his first word was ‘pencil’. Young Pablo suffered at the hands of Lilith the child stealer, when his beloved sister died aged just 7.

Picasso was put into art school when he was 16, but in true Lilith fashion he rebelled against the formal classes and rarely attended. Picasso moved to Paris and lived in extreme poverty until he met Gertrude Stein who became his chief benefactor. Women were Picasso’s muses and saviours, he worshiped them, turning them into iconic goddesses with each painting.

Picasso had 8 important partners in his life, the Lilith sex-magic is clearly instrumental in forming each style he went though. Picasso worked cyclically and you can see he had some dark artistic periods, usually as a result of the death of someone close to him.

The black moon phase was most apparent during Picasso’s ”Blue Period” where his subjects were mostly prostitutes and begging mothers holding their gaunt children. Picasso lived to the age of 91, painting and sexually active until the very end of his life.

Tony Blair’s youth and winning smile hypnotized the usually cynical British public into giving shiny ‘New Labour’ a landslide election victory in 1997, ending 18 years of Conservative rule. Tony rebelled against his spartan private school as a youth, growing his hair long and then running away. His evangelical delivery from the prime ministerial pulpit won him fans across the world. But he broke the spell of his Cheshire cat grin, when he flaunted UN rules by supporting the Iraq war.

Johnny Depp. If anyone is the master of playing unhinged fairytale characters its Depp. He has played the gamut from Edward Scissorhands, Willy Wonka to the Madhatter. He is also a favourite actor much employed by Tim Burton who must be as Lilithy as you can get at as a film director.

“Depp has generally chosen roles which he found interesting, rather than those he thought would succeed at the box office. Critics have often described Depp’s characters as “iconic loners”. Depp has referred to some of his less-successful films as “studio-defined failures” and “box office poison”” ~ Wiki.

Despite the so called failures Johnny Depp has been successful in retained an ephemeral, stuck-in-time profile that never seems to age. Depp has also claimed he has Native American ancestry even though there is no evidence to support this.

Depp’s ancestry is a very mixed, descending from both Sub-Saharan African slaves while at the same time being 20th cousin of Elizabeth II. That may be why he craves the native American connection so much. This reflects the outsider element of Lilith who is a bit of everyone, but yet belongs to no one.

Aspects are using True Lilith, 2 degrees and under. 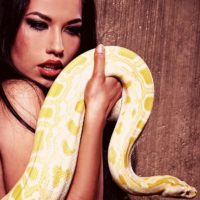