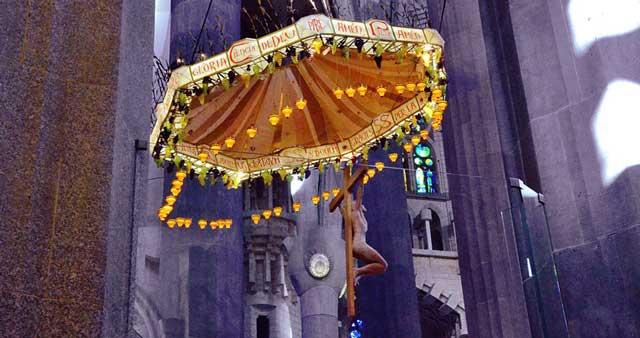 Moon conjunct or quincunx Neptune conjures up images of nocturnal sea mist and inky black oceans, infinite and unfathomable. It is the ethereal mermaid, slipping in and out of the waves, impossible to catch. The moon glistens over her tail as she flashes in and out of view, tantalizing, teasing, just out of reach.

One can only navigate by sound and feeling because it’s hard to trust your eyes here. Neptune is musical, but Moon/Neptune plays a haunting tune. It takes one into another world, of eerie whale song and moaning sirens. One feels euphoric and merges with the landscape. Moon conjunct Neptune has problems with boundaries, so they are a psychic sponge. This, of course, this makes them super-sensitive to their environment.

These folk need to be quite reclusive since they are just too stimulated by everyday life. People may find it hard to trust Moon/Neptune as they are so hard to pin down. Both the conjunction and quincunx have the most wonderful imagination, but sometimes it comes so easily that they may not actually realize it, consequently it is hard for them to distinguish between reality and fantasy. Great inventions that dissolved boundaries seem to feature with the quincunx, in particular, the TV and the invention of the telephone are good examples.

Storytellers abound too and also the ability to dissolve boundaries into mystical realms. Maybe this accounts for what seems to be inspiration from a higher consciousness or genius ability. Tapping into the future is also a feature too. These folk work as channels for ‘God/dess’ energy which accounts for the great imagination they often possess.

They can also be quite fluid in the way they change from one personality to the other, as seen in some of the actors. Gaudi’s amazing architecture almost looks it lives underwater, with no harsh lines and dissolved edges. The buildings seem like they are formed like driftwood and tumble stones, carved straight out of the ocean’s waves and currents.

This aspect is so good at challenging the perception of reality, of course, there is the great danger of lying and creating very convincing illusions. Those with Moon conjunct or quincunx Neptune will probably do very well in the fields of advertising and propaganda. Photoshop was invented for Moon/Neptune and they make great use of it. It is interesting that George Orwell has the conjunction. His prophetic novel 1984 gives a great insight into mind control and those all-powerful monitor screens. Like in 1984, the TV now watches us! Google has records of our Youtube history. They are not called monitors for nothing…

Charles Dickens had an immense story-telling ability, drawn no doubt from the great Neptunian collective consciousness. His tales resonated and touched the public so profoundly that it made him one of the most popular novelists of all time. He had a knack for creating memorable characters and was famous for his cliff-hangers. Dickens was criticised however for being overly melodramatic, gushingly sentimental and pushing the boundaries of believability.

Charles seems to have Moon/Neptune traits running as a thread through his life. He was said to have a photographic memory for people and events he experienced in his childhood, which became subjects of his novels. He even set up a home for the redemption of fallen women! Saviour (Neptune) of women (Moon). Gaudi was a Spanish Catalan architect. His work is completely unique in the world and looks totally supernatural. Gaudi was influenced by religion and nature so his buildings look very organic and fantastical, like they emerge out of the landscape. The mystical side of Neptune is apparent: “Gaudí’s Roman Catholic faith intensified during his life and religious images appear in many of his works. This earned him the nickname “God’s Architect” and led to calls for his beatification.” ~ Wiki

The auto-immune sensitivity of Neptune can affect the health and indeed Gaudi suffered poor health as a child which made him quite a reserved personality. He also was a strict vegetarian and fasted due to his religion, this did not help his constitution and occasionally the fasts made him very ill.

Gaudi never married, and devoted his whole life to his art. He did fall in love with one woman, but in true Neptune style, the love was unrequited. Gaudi’s personal style was extreme, but again quite Neptunian. As a youth he was a Nordic-looking dandy who loved the theatre and gourmet food. As Gaudi matured, he looked like a beggar, wearing tatty suits. Unfortunately, Gaudi died as a result of his vagabond appearance, was run over by a tram and lost consciousness. The needed medical attention wasn’t given because nobody recognized him. Gaudi’s great magnum opus was his gothic style cathedral in Barcelona, the Sagrada Familia. On Gaudi’s death in 1926 the church was still only 20% complete and will be finished a hundred years later, around 2026.

* The Inconjunct is another word for the quincunx. In traditional astrology, neither the conjunction or the quincunx are technically ‘aspects’ because the planets are too close in distance to ‘see’ the other. The conjunction functions as a blind spot, while the quincunx an adjustment. They share the ‘blindness’, so that is why I have grouped them together. Aspectare is Latin for ‘To observe’, or look at attentively.