Moon square or opposite Jupiter is generally a lovely, warm, all-embracing spirit that wants to nurture everyone and everything. The only danger with the square is overdoing things. This aspect knows no restraint and can over-react, overreach and promise the world when it has no idea if it can deliver. Moon square or opposite Jupiter is a gambler and risk taker, 90% of the time luck swings their way, but when they do fail, they fail spectacularly.

Moon square or opposite Jupiter needs to teach, but also to preach. It has strong opinions on pretty much everything, leading others to get rather tired of their constant judgemental attitude. Moon square or opposition Jupiter is apt to get irritatingly smaltzy and sentimental. It’s overblown reactions to events can give it the reputation of a drama queen.

One thing is for sure, these people are never boring. They have a hearty sense of humour and a sparkling, effervescence that ensures they get invites to all the best parties. Their lust for life is infectious and the radiant smile they wear is usually enough to make-up for and distract from any annoying diva behavior.

Moon square or opposite Jupiter share protection in common, but where Jupiter is expansive and pioneering, the Moon wants to stay close to the comforts of home. In opposition this could manifest is someone who travels far and wide, but when they get home they are a total hermit and never go out at all.

The subject can easily make one side of this opposition their shadow; A very flamboyant, elaborately dressed woman might loath a very efficiently, but dourly attired housewife or a dutiful father in a spartan people-carrier may despise a Flash Harry who loves to gamble and drive fancy sports cars.

Moon opposite Jupiter can swing between the two extremes; spending their money on luxuries one week and then having to live very frugally the next. Bulimia is also an example of this archetype, feasting, then fasting.

Moon is habits, so with Jupiter it can also cause addictions; Too much sex or too much gambling for example. Jupiter with the Moon has a huge appetite, not just for edible things but also for love, money or success. This person needs to have a lovely home, they see it as an expression of their status.

Moon square or opposite Jupiter may inflate and exaggerate their emotions because somehow they don’t think people will notice them if they don’t. Equally, they can feel embarrassed by those who show excess emotions, deriding them as drama queens or attention seekers.

However, Moon square or opposite Jupiter can certainly turn on the charm when it wants to and this aspect can make these people extremely popular. Jupiter is extra jovial with the Moon, even in opposition. In fact, the dynamic energy of this aspect can give these folk a rollicking sense of humour. This combination is also very alluring as Jupiter is sexy and hot while the Moon is sensual and sensitive.

John Stephen (02’) was known as the “King Of Carnaby Street”. He was a pioneer in commercial male fashion, in the 60s. “The £1 Million Mod” is credited as being the founder of London’s most famous shopping street. He opened his first shop there when it was just a shabby side road. But in true Moon opposite Jupiter style, it was attention-grabbing.

The outside of the shop was painted a striking canary yellow, it blared out pop music all day and employed hip young sales staff. Other designers and retailers followed Stephen’s example, opening fast-turnover, funky clothes shops in the same street.

Swinging London was born and Carnaby Street became such a happening place that it was pedestrianized in 1973. John Stephen is a great example of Moon opposite Jupiter working at its best, creating flamboyant, high-status clothing for the common people. He started out making affordable male fashion, selling simply cut, but colorful male suits and jeans.

Later John branched out into women’s fashion and eventually owned 15 outlets on Carnaby street alone. Jupiter with the Moon can definitely be about peacocking. John Stephen made male vanity popular (Moon). What is also interesting that John Stephens made a very small, humble London street (Moon) famous all over the world (Jupiter).

Multi award-winning singer Cher (06’) is a great example of the over the top, dramatic and rather camp nature of Moon square Jupiter. Her lengthy career has lasted 4 decades.

Cher is an all-round entertainer, having had success in many fields of entertainment; pop and rock music, TV comedy, variety shows and serious film work.

She has also directed films and produced records. Cher has a bellowing, deep, contralto voice befitting a Jupiterian diva. Jupiter expands and widens the range of one’s talents.

Cher has over the years shape-shifted and manipulated her appearance much like Jupiter did to seduce his nymphs. She has adapted with the times and generated luck because of her enthusiasm and passion for her work. Musically she has covered a wide range of genres. Jupiter/moon can go too far and indeed some of her costumes have been considered vulgar or lewd.

Her “Turn back time video” was banned on some stations. Cher is fabulously wealthy but generous with it. Cher has become a gay icon due to her huge accomplishments, fearlessness, advocacy of transgender individuals and of the gay lifestyle generally. Drag queens love to imitate her due to her ability to stay glamorous, fit and sexy into her mature years. 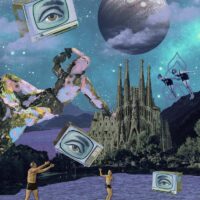