Asteroids are a fantastic way to connect with mythology, but one must be careful not to give them too much weight in a natal chart. Asteroids are great fun to play with however, and I do find them synchronistic at times. When using asteroids the orbs must be very tight, not more than 1º orb. I believe they are really only relevant astrologically if the asteroid is conjunct the Sun, Moon, chart ruler, rising or midheaven degree. If you find yourself strongly attracted to a mythical figure it is worth looking up the asteroid name and see if it features strongly in your chart. The asteroids and minor planets are loosely categorised into three sets:

• Main Belt Asteroids, the Greco-Romans between Mars and Jupiter like Juno and Vesta.
• Trans-Neptunians (TNO’s), not all technically asteroids and some large enough to be minor planets like Sedna and Orcus.
• Centaurs, all small TNO’s like Pholus and Nessus, except Chiron who orbits between Saturn and Uranus and is actually classified as a comet. 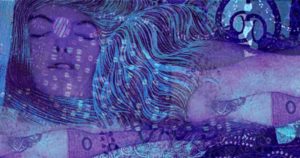